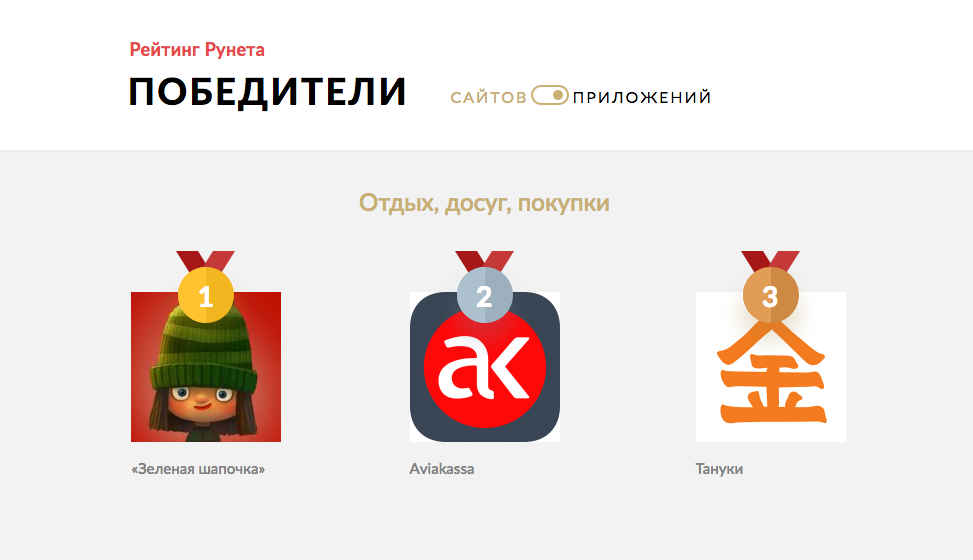 Our app «Green Riding Hood» won the «Runet Rating-2016» contest in the «Recreation, Shopping and Lesiure» category for mobile applications! The contest featured the total of 29 categories, and its organizers reviewed 1261 project.

The final results were announced on July, 13 in Moscow. During the award ceremony in the «Vysotsky» club the victors received 87 awards for the 1st, 2nd and 3rd places in each category. The winners were selected by public vote, the opinion of the panel of judges and the commentary of experts who ranked the submissions by both quality of design and usability of the applications.

We are pleased to remind you that this isn’t the first achievement for our increasingly popular interactive storybook which keeps making it to the main page of the App Store again and again. According to the Russian branch of the Apple company, in 2015 it became the «iPad App of the Year».

To clients and legal owners

We help children’s brands to reach digital market by working together with considerate, responsible, and creative developers. Let us know if you wish to see your brand represented on the web or on mobile platforms!

Our products gross considerably and tend to hold top places on the AppStore charts because we know how to get them there. Are you a mobile game or an app developer who needs assistance with finishing his creation and publishing it on the AppStore or the Google Play? Drop us a line!